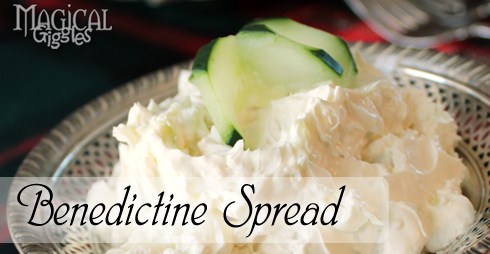 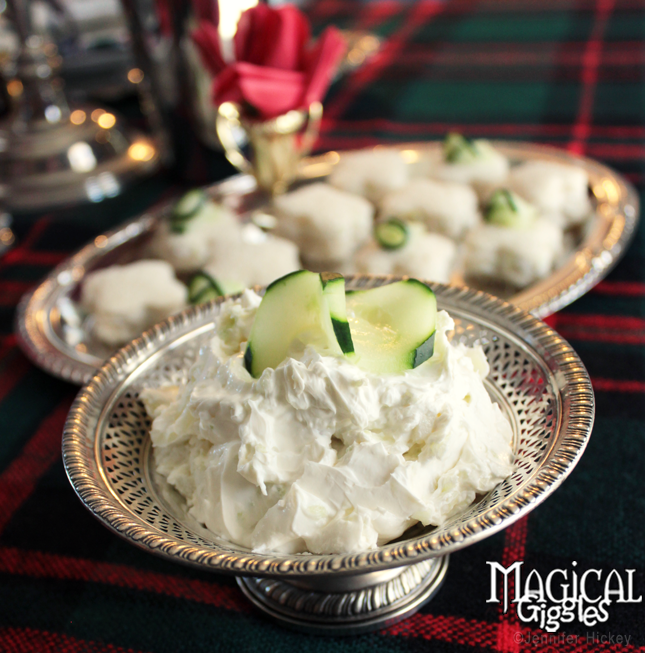 I didn’t take any pictures of the process of making the spread or the canapes, but I’ll do my best to describe it all!

The ingredients were just the basics: 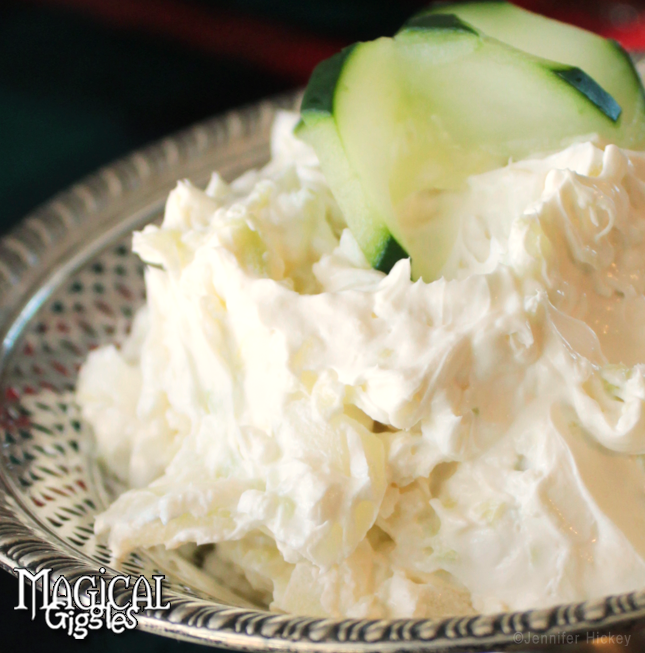 The key to this recipe was the draining of the excess moisture from the Cucumber and the onion.

The way we accomplished this was by pressing in a fine mesh colander lined with paper towels.

It was a lot of pressing and squeezing, because cucumbers hold a tremendous amount of water, but it was well worth it in the end!

Combine the Cream Cheese and the Sour Cream and then add the well drained minced onions and cucumber  — that’s pretty much it!

We made ours the night before to give it some time for all the flavors to mingle. 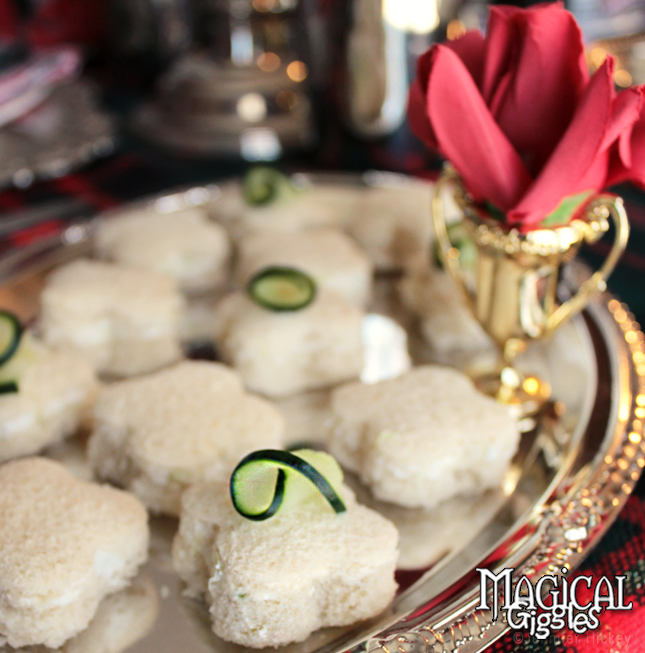 The canapes were made by spreading the Benedictine Spread between two slices of soft fresh white bread and then stamping them out with a canape cutter.

The garnish is thinly sliced cucumber.

In my research I found that many people make this spread with green pepper Tabasco Sauce, which gives it both a little kick of spice as well as it’s signature light green coloring.

We didn’t have any of the green Tabasco Sauce, and it just didn’t feel right to add green dye, so ours is in it’s natural white.

I slightly regret the lack of green now because it makes it very difficult to see the spread between the slices of white bread (especially in pictures) — it still tastes fantastic though!

In my research about this Derby Day treat, I found that Benedictine Spread was created in Louisville Kentucky by a fellow Jenny (Jennie Carter Benedict)– so you know I had to give this recipe a try!

For more Kentucky Derby check out the links below to other Magical Giggles articles packed full of Kentucky Derby decorating inspiration and winning recipes for yummy treats like Benedictine Spread and Kentucky Hot Browns! 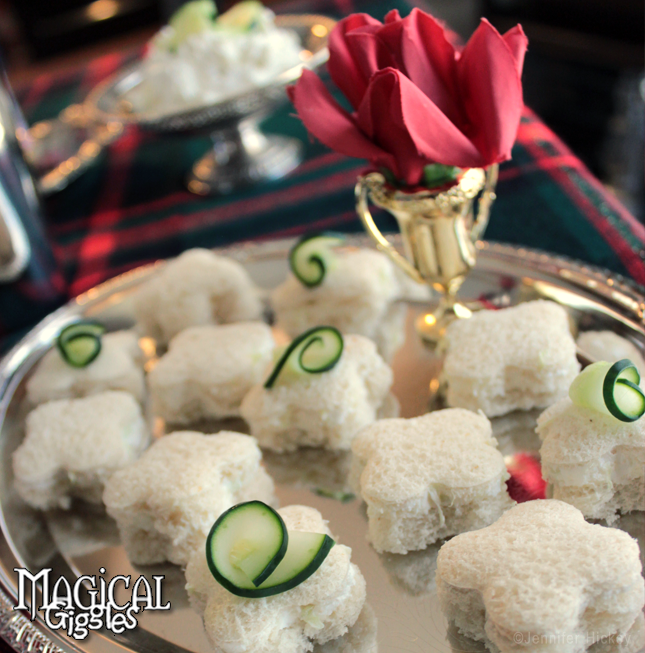 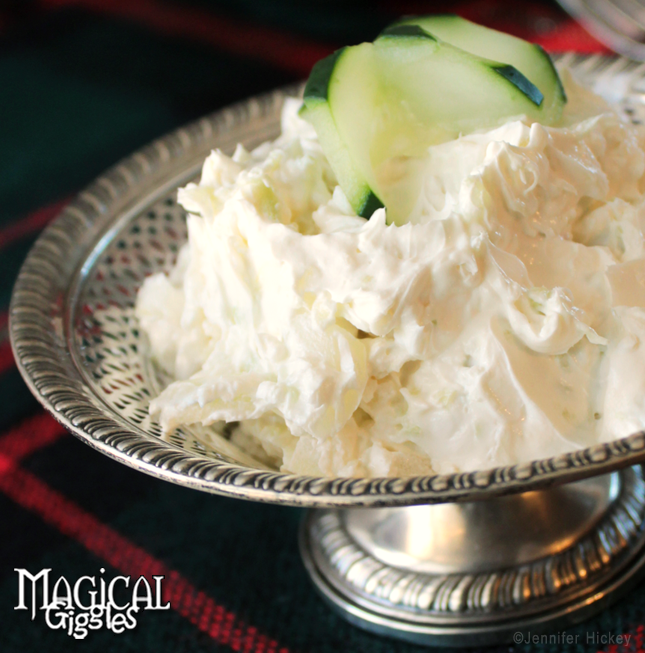 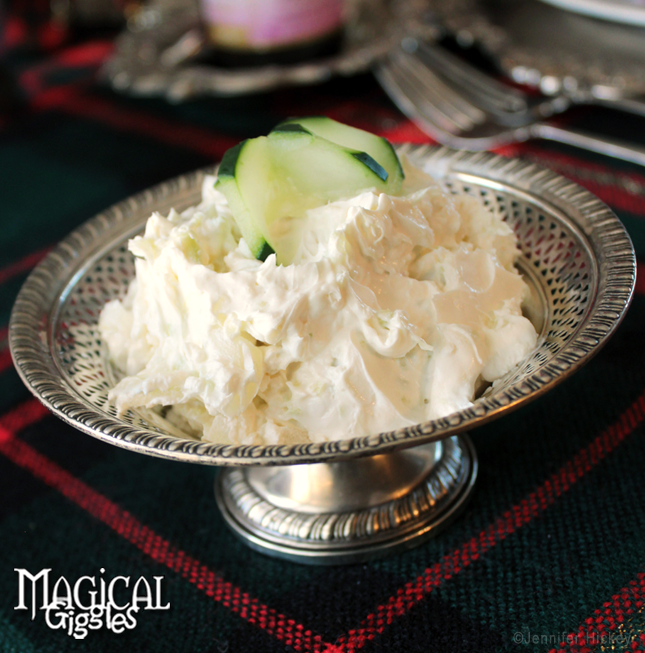 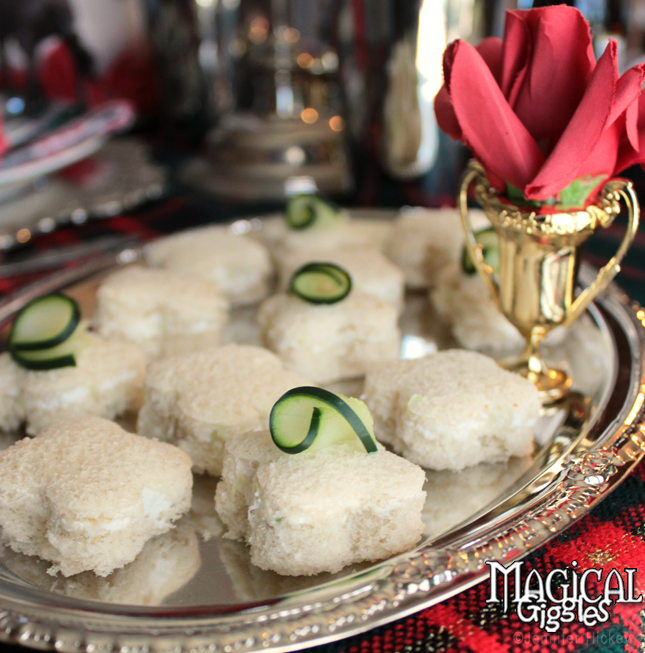